A woman in a full mourning dress became the emblematic icon of bereavement in Europe and America during the 19th century. At the time when mortality rates were much higher than they are today, particularly during childbirth and infancy, and the average life expectacy was less than fifty, the loss of the love one was a familiar experience. Formal ritual of bereavement aided in memorializing the death, and mourning attire was subject to increasingly complex code of etiquette and fashion. 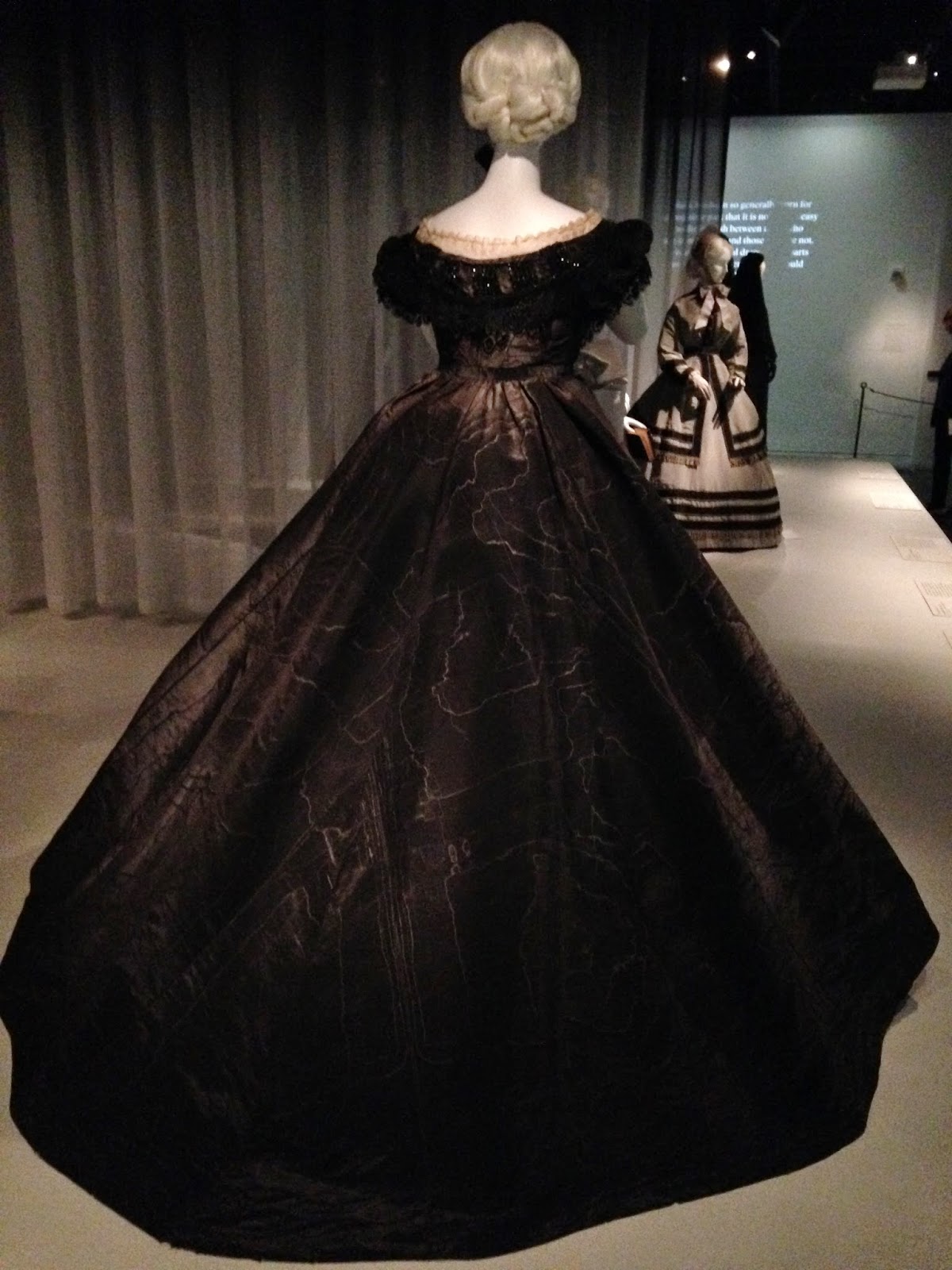 Mourning dress served as a visual symbol of grief and of respect for the deceased while simultaneously demostrating the wearer's status, taste, and level of propriety. 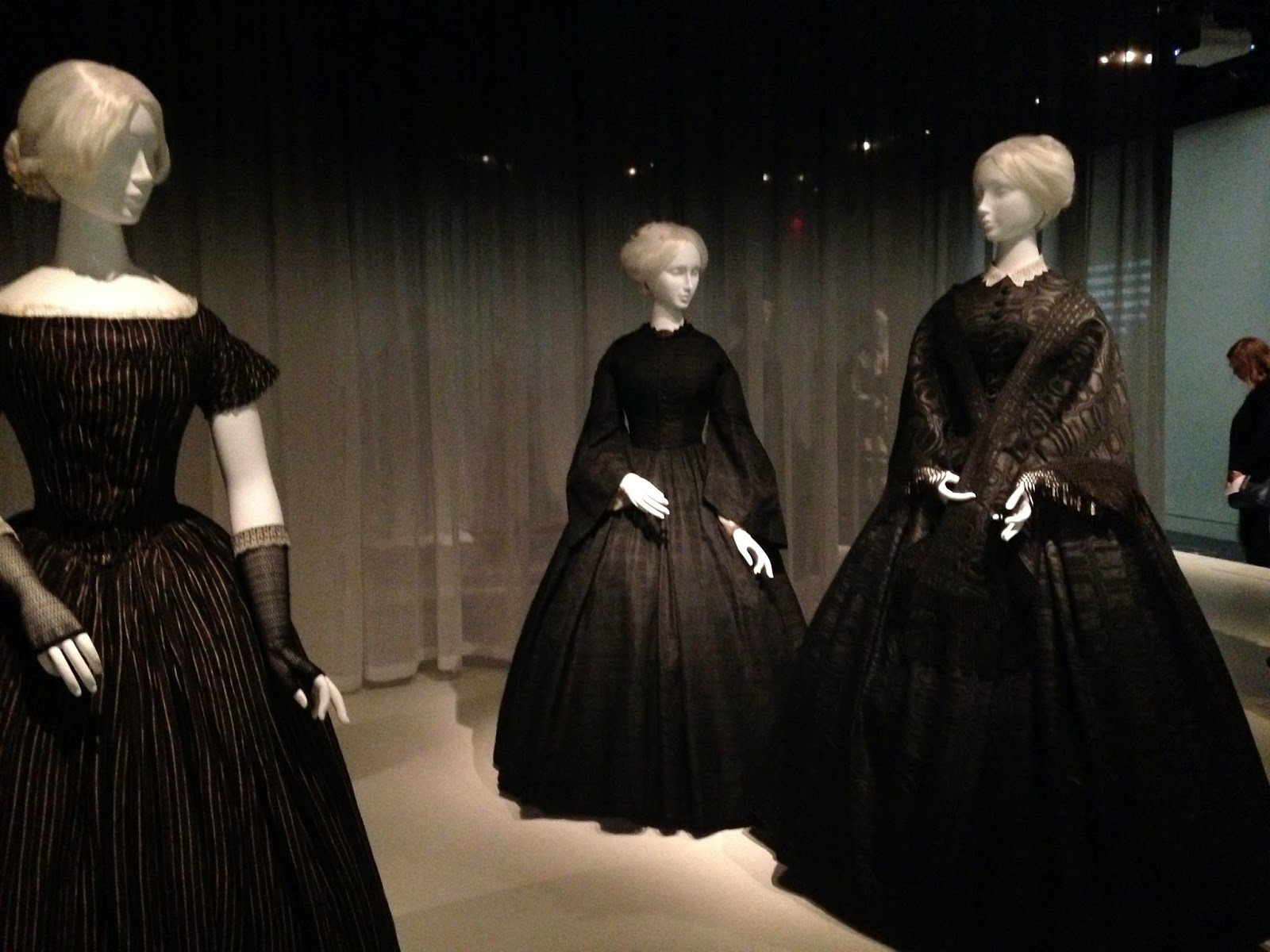 By the 1860's, graceful, styish mouring prevailed in Europe and The United States, available from array of mourning warehouses and private dressmakers.

Although fashion magazines and etiquette manuals typically advocated simplicity as the guiding principle of style, even deepest mourning attire could conform to every nuance of fashionable dress, replicating not only its silhouette but also its ornate forms of embellishment. 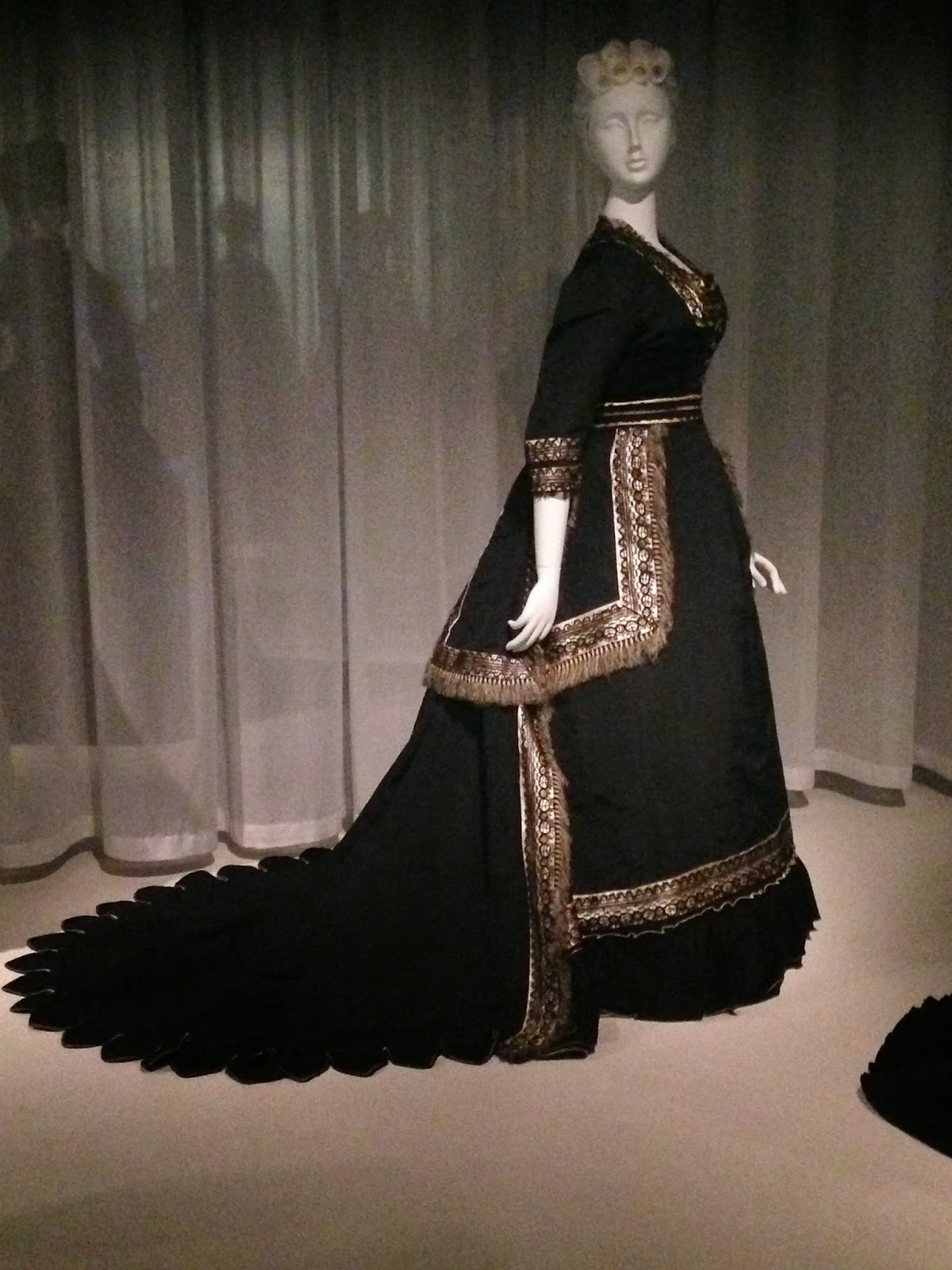 during the 1870s, fashion columns frequently advised combinations of black and white for periods of lighter mourning, as an elegant alternative to gray or purple, which were classed as outmoded. 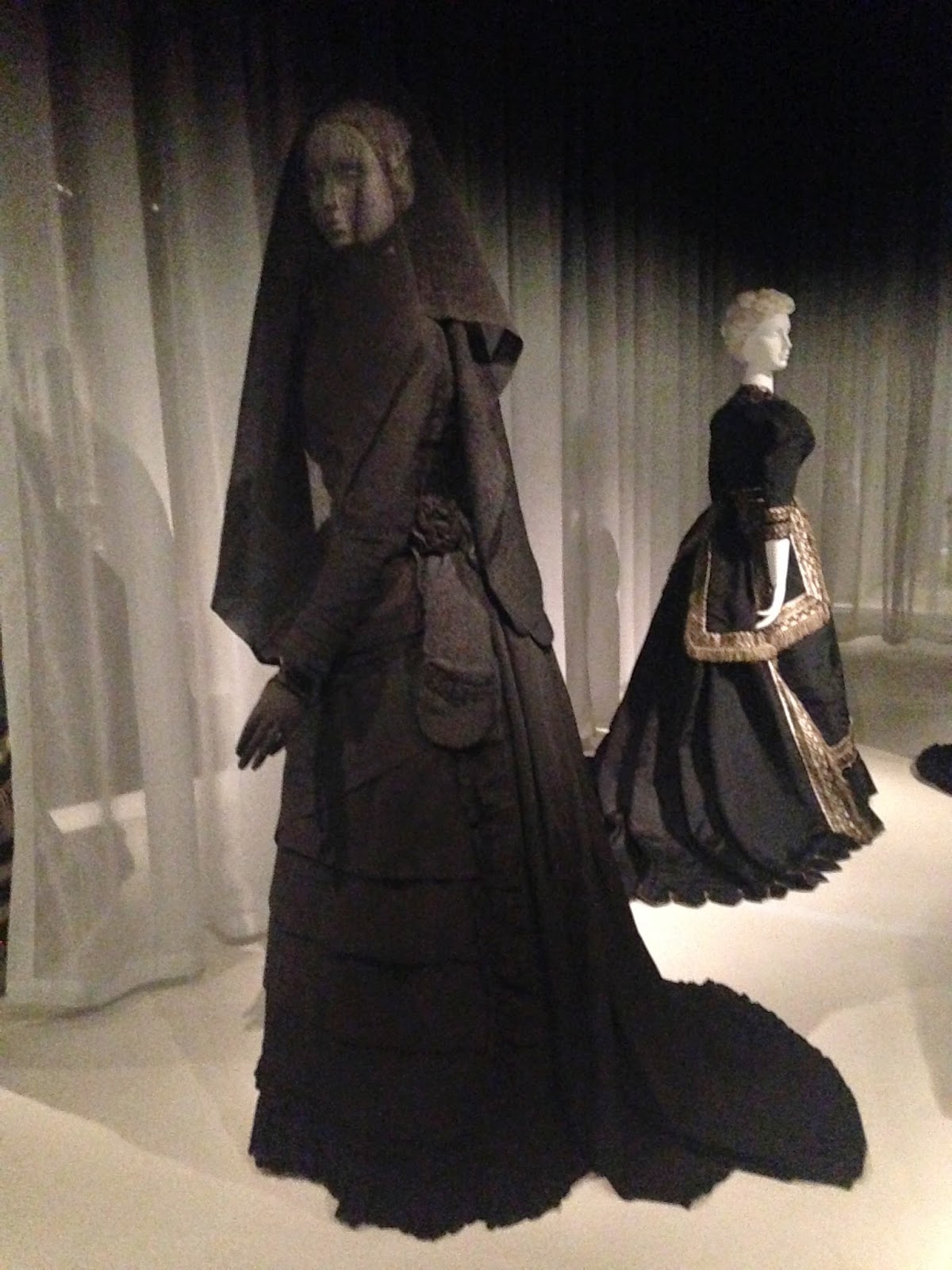 Black is more than ever the favorite colour of fashion. there was a time -our mothers will remember it- when the sole fact of wearing a black dress when one was bot in mourning was sufficient to call forth a kind of reprobation, and to cause the wearer to be classed among the the dangerously eccentric women. 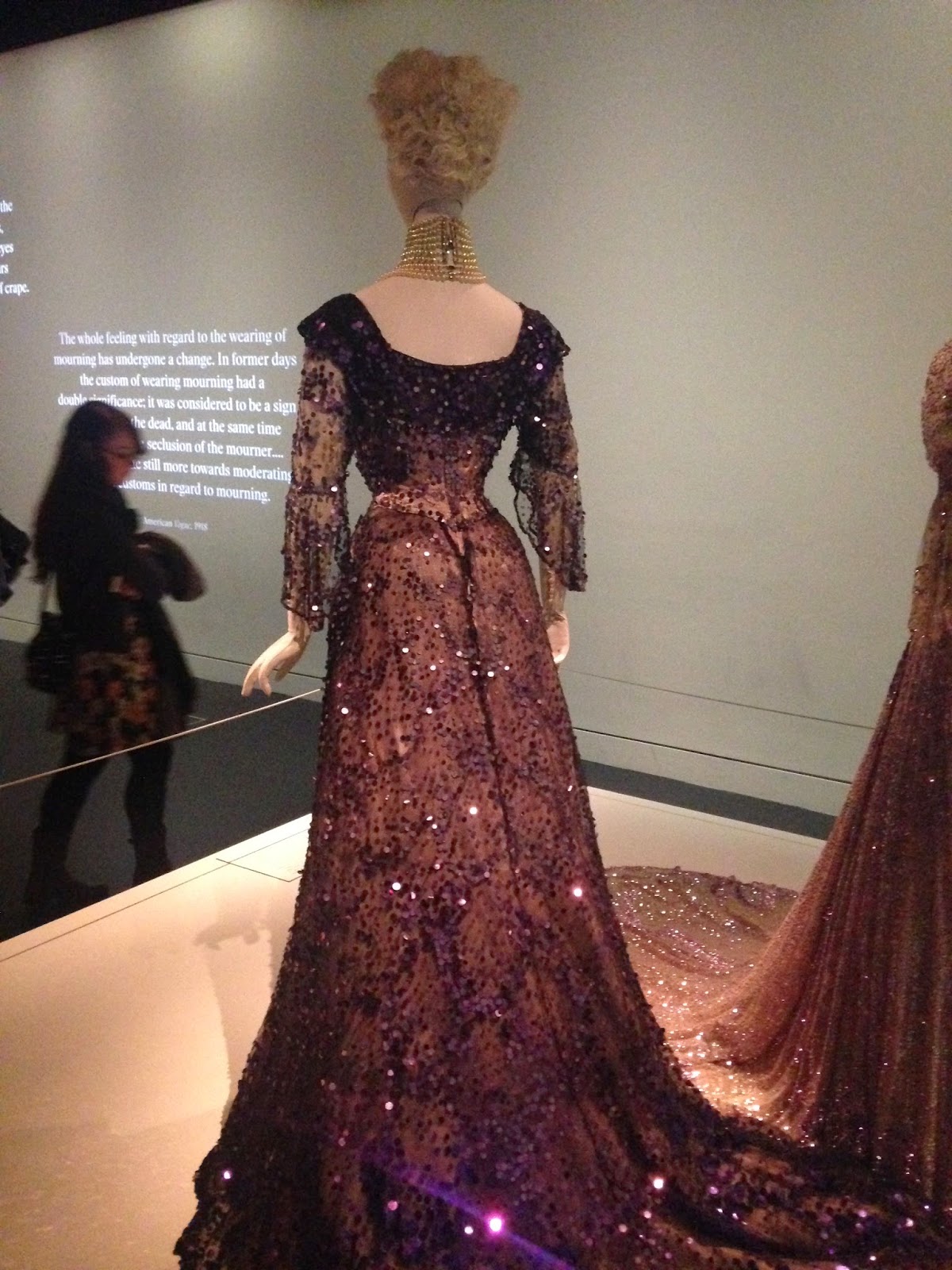 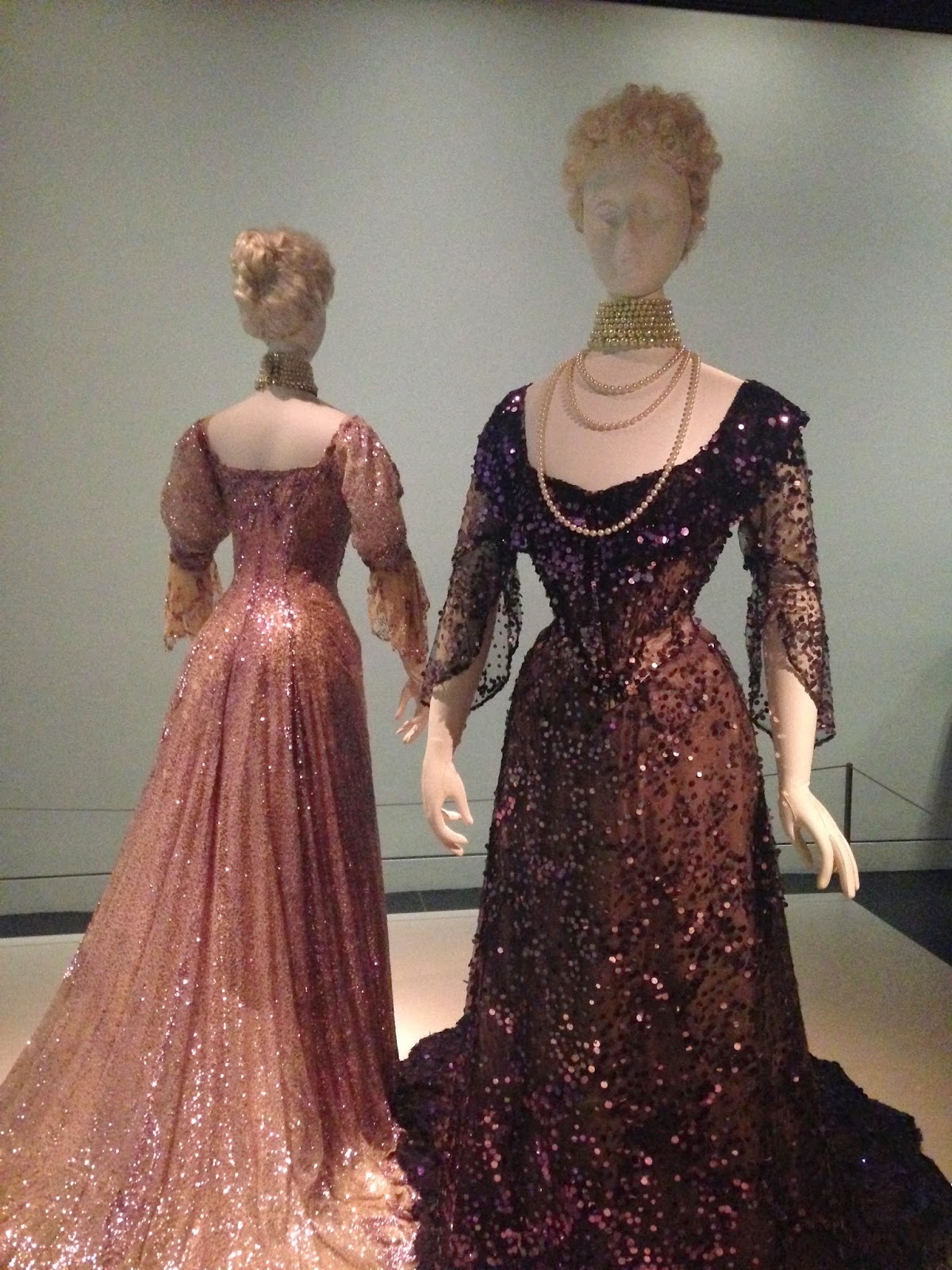 Dress worn by Queen Alexandra the year following Queen Victoria's death.
These evening gowns express the opulence of court dress in tones of half-mourning. On the gown by Henriette Favre, a couturiere whose clients incluided ladies of the English court and american women of style.

The whole feeling with regard to the wearing of mourning has undergone a change. In former days the custom of wearing mourning had a double significance: it was considered to be a sign of respect for the dead, and at the same time it announce the seclution of the mourner......
The war has done still more towards moderating the old customs in regard to mourning.

Texts and pictures of the exhibition "Death Becomes Her: A century of Mourning Attire", Metropolitan Museum, New York, Through February 1st, 2015.